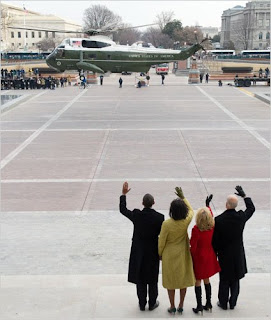 From the New York Times.

I imagine the Obama's and Clinton's singing "Ding Dong The Witch Is Dead" under their breaths!

Posted by Greenie at 6:42 am No comments:

According to Digital Spy, Tommy's wife was dead against him going into the house mainly because she doesn't think he stands a chance of winning.

Speaking to the Daily Record she said "He has already said he is anti-royalist, he's Scottish and socialist, so there is no way the English will vote for him."

Bloody hell I would! Never mind Big Brother, get him into Number 10!
Posted by Greenie at 9:05 am 1 comment:

The Late Dave Dee was a cadet at the Wiltshire Constabulary and was the first on the scene at the crash that killed Eddie Cochran!

Reading was used as the capital for a while during the civil war!
Posted by Greenie at 8:16 am No comments: