What Am I Reading For???

I'm at the Fleece in Bristol at a night to commemorate what is unbelievably the 20th anniversary of Bill Hicks' death.

I first saw him on some Just For Laughs compilation. He was talking about smoking. Now I was always very vehemently anti-smoking to the point at which I'd bore schoolmate smokers with shit facts about how appalling their lives were about to become....and then I heard Hicks' line that "non-smokers die every day" and I pissed myself...and vowed to shut up.

I then seeked him out on comedy channels and in the video shops of Manchester. As with all the best comics he made me laugh myself hoarse and developed my world view.

I have since learned to think for myself a bit more.

I would give new and old friends tapes of his stand up hoping to convert them as well.

Every now and again I'd pull out his Oxford Live CD and be amazed at how, years after his death and in the middle of a different war waged by a different Bush, every sentence still rang true.

As much as anything it's the closing of the Revelations show that sticks. 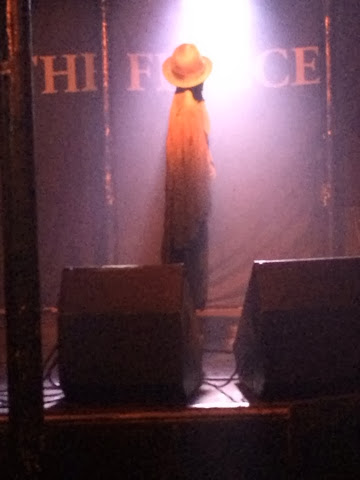 Sitting in a glasshouse surrounded by stones

I’ve just done a sweep on Blogger of “Next Blog”.

That’s when you visit a blog and then choose a new one randomly by hitting the “Next Blog” button that takes you to another Blogger site.

I was about to launch into a rant about the fact that these blogs haven’t been updated since 2011!!

And then I noticed how often this blog gets updated.

…and I shut my fat face!